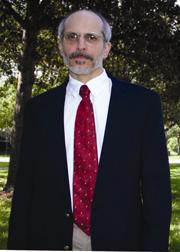 Although many economists are tempted to characterize decision making in terms of the rational use of relevant information, the influence of less reliable information is pervasive.

“In some instances, an unreliable cue can bias decisions simply because it is relatively easy to use” says Joseph Alba, a professor of marketing who studies consumer and managerial decision-making processes.

“However, not all bad decisions are due to lack of effort. In some instances, even diligent attempts to understand the superiority of one alternative over another are thwarted by seductive but misleading information,” Alba says.

For example, in one of Alba’s experiments consumers were shown price lists from two competing grocery stores and were asked to determine which store was less expensive.

“Although both stores had the same total price, one store was cheaper on a greater number of items,” Alba says. “We found that rather than choosing the store with deeper discounts, most consumers chose the store with the higher frequency of discounts.”

In another study on taste discrimination, Alba showed that a consumer’s ability to perceive differences in the taste of a product such as orange juice was biased as much by the color of the products as by the actual taste itself.

“Both of these studies show how seemingly objective decisions can be influenced by misleading cues,” Alba says.

“Professor Alba is known for his ability to test marketing and consumer behavior theories in a careful and systematic manner,” says W. Andrew McCollough, senior associate dean of the Warrington College of Business Administration. “He pinpoints the theoretical process underlying predicted behaviors and then performs further experiments to rule out competing explanations.”