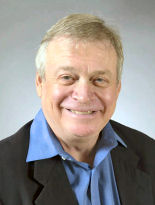 Rodney Bartlett has pioneered an entire class of sophisticated mathematical models designed to compute the properties and transformations of atoms, molecules, and solids. These methods – known as many-body perturbation theory and coupled-cluster theory – are the basis of the computational quantum chemistry models that can be used to interpret otherwise undecipherable experimental data or even predict molecular properties whose experimental observations are technically difficult, expensive, and/or dangerous.

While many approximate and cheap computational models with limited or no predictive power have come and gone in the last few decades, today Bartlett’s methods appear to be nearly the only ones that have endured the test of time. The many-body perturbation and coupled-cluster theories Bartlett has established offer the most predictive, generally applicable computational quantum chemistry approaches. These methods helped computational quantum chemistry be accepted by the community as a reliable and integral branch of chemistry.

Bartlett has used his methods to computationally predict the existence of molecules that had been seemingly unlikely and unknown at the time of prediction. The existence of some of these molecules was later experimentally confirmed. From materials science, pharmacology, to interstellar chemistry, it is hard to find a field of science in which one of Bartlett’s computational procedures is not used as an interpretive or predictive tool.