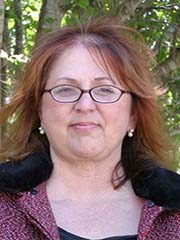 Over the past 20 years, Dawn Bowers has studied the neuropyschology of emotions and the role certain parts of the brain play in emotion. Director of the Cognitive Neuroscience Laboratory at the McKnight Brain Institute, Bowers says that injuries to the brain can create types of depression and anxiety that are hard to differentiate from their psychiatric counterparts.

“In many cases, these emotional changes are more debilitating to the lives of patients than motor or cognitive difficulties,” she says.

Bowers and her colleagues showed that certain kinds of strokes make it difficult for sufferers to properly understand the emotional content carried by facial expressions and voices.

To study the effects of this kind of brain injury, Bowers developed the Florida Affect Battery (FAB), now used throughout the country and internationally. FAB measures how effectively adults read the facial expressions of others and understand the emotional content of voice intonation, loudness and tempo.

Parkinson’s disease, and the difficulty patients have in communicating emotions, forms the core of Bowers’ current research. Using computer imaging to analyze facial movements, Bowers and her co-workers have examined the mechanisms underlying the lack of facial expressions found in many sufferers of the disease. Most recently, her group has identified apathy, rather than depression, as the major neuropsychiatric component of Parkinson’s disease, a finding that drives Bowers’ current work.