James and Brigitte Marino Family Professor and chair of the Lillian S. Wells Department of Neurosurgery

Brian Hoh, professor in the UF College of Medicine and chair of the neurosurgery department, is a surgeon-scientist specializing in the study and treatment of strokes – especially brain aneurysms, which are weak spots on blood vessels whose rupture leads to deadly bleeding in the brain.

Brain aneurysms affect about 5% of the population. They can be treated only through surgery, either by opening the skull to “clip” the aneurysm or by inserting devices inside the blood vessel to reinforce it. But many patients do not know they have a brain aneurysm until it bursts – by then, it’s too late, Hoh said. More than half of patients die and nearly all survivors face permanent disabilities.

Hoh studies what causes brain aneurysms and why they burst in the hopes of developing new drugs that can keep them from doing so.

“Being a surgeon-scientist is a huge privilege that not many of us have to take care of patients day to day, but also to try to study and investigate innovative ways to approach these problems,” he said.

Hoh attended medical school at Columbia University before completing his residency and a fellowship at Harvard University. He said watching early mentors conducting life-changing research inspired him to focus on studying brain aneurysms.

“Seeing what my patients go through and seeing families that have had a loved one die or end up disabled from a brain aneurysm – this really is what drives me every day to do better and take better care of my patients,” said Hoh. “It’s also what drives me in the laboratory, so that we can understand what causes this disease and hopefully come up with something better in the future.”

Hoh has published more than 200 peer-reviewed studies  in his career and won grants totaling more than $6 million since arriving at UF in 2006. He is currently the principal investigator on a grant from the National Institutes of Health to study the cellular processes that can lead to inflammation linked to brain aneurysms, sharpening scientific understanding of how brain aneurysms form and what causes them to burst.

Hoh, among a growing coalition of scientists at UF studying aneurysms, added that interdisciplinary collaborations and training new generations of scientists are central to his work. His lab is located in the Evelyn F. and William L. McKnight Brain Institute, known as the MBI, and is part of a network of research teams studying the brain and diseases that affect it.

“The great advantage of my laboratory physically being in the MBI is that you have an entire building that houses top-notch scientists – including psychiatrists, neuroscientists, neurologists and neurosurgeons – all trying to solve problems with the brain and the nervous system,” Hoh said. “There’s a great opportunity for collaboration.”

The UF neurosurgery department was recently ranked among the top 10% of hospitals reviewed by the U.S. News and World Report. 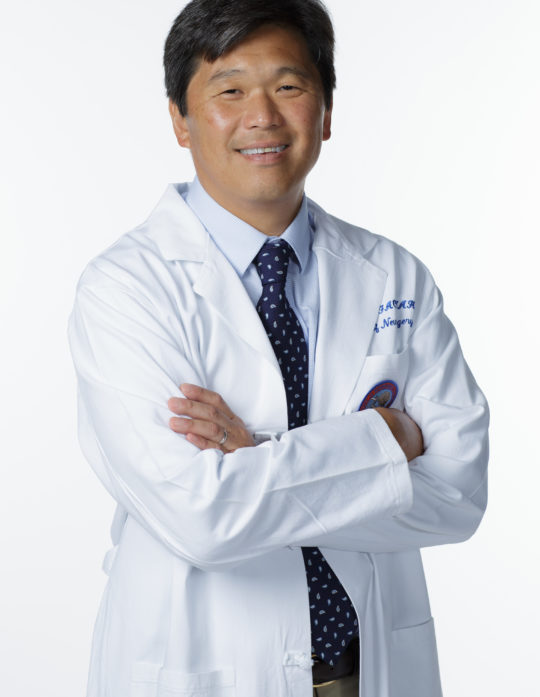