Professor of History and Law 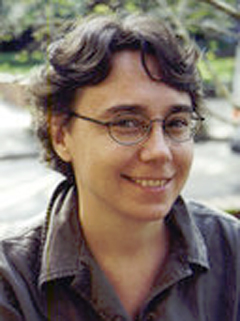 Traditionally, the history of law and constitutional history have been considered separate fields of study. Elizabeth Dale’s research bridges that divide by looking at when and how people have influenced systems of formal law.

In Dale’s first book, Debating-and Creating-Authority, she considered how popular forces in seventeenth-century Massachusetts Bay used a series of legal events to contest claims of authority, provoking debates that ultimately altered the constitutional order within the colony and in Britain’s Atlantic empire. In her next three books, she looked at how popular forces influenced criminal justice in the United States.

Dale is currently working on three book-length projects that push her inquiries in several new directions. One picks up at the point where her fourth book stopped, the moment when the rule of law supplanted popular justice. In this project, she is using a murder trial from the late 1930s to consider why the rise of the rule of law coincided with the rise of the third degree and other coercive police methods.

In Dale’s second project, she is tracing the shift from sovereign people to citizens between 1789 and the present. In her third book project, which grew out of the semester she was on a Fulbright in China, Dale looks at the role of popular movements in constitution-making efforts in China, 1900-1911. Although this study, which unpacks a sedition trial prosecuted in the International Settlement in Shanghai in 1904, is geographically far afield from her other research, it marks her return to the questions of how popular forces negotiate local and transnational constitutional spaces that she explored in her first study of Massachusetts Bay.

Dale has been invited to present at a number of workshops and conferences, and asked to contribute essays to several edited volumes that explore new trends in constitutional and legal history. Recently, her work was acknowledged when she was appointed to a five-year term as editor of Law and History Review, the leading journal for historians of law and constitutions.