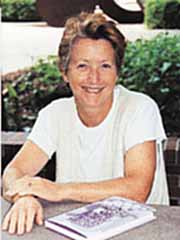 Nancy Dowd has long been interested in work and family policy, and her research over the past several years has focused on two increasingly important family issues: single-parent families and fatherhood.

Her 1997 book In Defense of Single-Parent Families examined common myths compared to the realities of single-parent families and explored the existing legal structure that impacts on these families, particularly family law, employment law and welfare law.

“I fundamentally argue that the form of the family is not what is critical, but rather the function,” Dowd says. “Single-parent families, despite efforts to stigmatize and demonize them, can and do function as well as traditional two-parent families.

“In order to better support all children,” Dowd argues, “we should support all of the families children are in, and given demographic and social trends, we can expect a significant number of children to be raised all or some part of their lives in single-parent families.” Dowd’s other area of current interest is fatherhood and serves as the basis for her next book, Redefining Fatherhood.

“Fathers have essentially been ignored as significant parents, other than as breadwinners,” Dowd says. “I have particularly focused on fathers as nurturers, or what I call social parenting.”

Dowd says the legal system’s focus on biological and economic parenthood should be discarded in favor of a social model that would support substantial nurturing of children by their fathers. “This is a controversial view since it runs counter to the largely economic focus of current recommendations to ‘enforce’ so-called ‘responsible’ fatherhood,” she says.

Among Dowd’s other research interests are feminist jurisprudence, and education and discrimination, particularly the use of existing federal mandates as a means to educate very young children in the area of race and gender relations.