Leslie Murray, associate professor of chemistry, and his team design molecules that contain abundant metal ions to use in chemical reactions, hoping to harness the energy released by the splitting of certain chemical bonds to fuel new discoveries in food production, renewable resource technology and other key industries.

“Research in my group focuses on the design and synthesis of metal complexes for use as catalysts,” Murray said. “Specifically, the research targets metal complexes with many metal ions in an effort to harness the cooperation between the metal ions.”

Murray, who earned his Ph.D. in inorganic chemistry from the Massachusetts Institute of Technology and studied as a postdoctoral researcher at the University of California, Berkeley, said he fell in love with research as an undergraduate studying chemistry and biology at Swarthmore College in Pennsylvania.

He has been awarded patents for three methods of linking and separating materials and has published nearly 50 peer-reviewed studies over two decades. Murray arrived at UF in 2010 and has supervised 13 graduate students and five postdoctoral researchers since 2016.

He is currently the principal investigator on a $1.4 million grant, with nearly $1 million earmarked for UF, to study how the structure and composition of iron clusters influences their reactivity. His findings will shed light on the biological mechanisms that catalyze key biological reactions, such as respiration and photosynthesis. 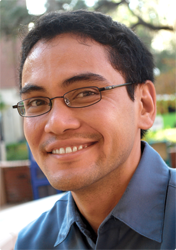