Prabhat Mishra is a professor of computer and information science and engineering at UF’s Herbert Wertheim College of Engineering. Mishra develops secure sets of instructions for computer systems that can range from dime-sized home sensors to two-ton satellites. These instructions, called algorithms, are designed to be attack-resistant, energy-efficient and trustworthy.

“If it has any smartness, it can make you dumb,” said Mishra, also director of UF’s Embedded Systems Lab. “There are a lot of problems in cybersecurity, but the specific directions I’m looking are where hardware comes into the picture. Consider, say, the situation of an airplane flying. Who can mount an attack there? What are the limits and what kinds of damages can happen? And how do you protect against those attacks?”

Mishra’s research is centered on internal networks that enable mechanical instruments, such as a car radio, to connect to other devices and the Internet. He said a “truly secure” cyberspace relies on airtight algorithms that run discreetly, ensuring characteristics such as power consumption or sound don’t clue hackers in on the specifics of a computing system. Mishra, who has won nearly $5 million in grants since 2015, added that artificial intelligence is also boosting cybersecurity by helping researchers identify potential threats to a system before it’s attacked.

Mishra earned his master’s degree from the Indian Institute of Technology and his Ph.D. in information and computer science at the University of California, Irvine. He launched his career as a software engineer in Bangalore, India – known as India’s “Silicon Valley” for its blossoming technology industry – but said a more exciting career in research beckoned.

“When I came to academia for my Ph.D., I think the exciting moment was presenting at a conference. The very idea that a person whose books you’ve read and that you’d thought of as a godfather or godmother would stand up in a crowd and ask you a question was a turning point,” said Mishra, who arrived at UF in 2004 and has published more than 150 peer-reviewed research papers. “That was when I thought, ‘This is it. I’m going be here for a long, long time.’”

Today, mentoring is central to Mishra’s work. He was recognized as the College of Engineering’s International Educator of the Year in 2007 and won the college’s Doctoral Dissertation Mentoring Award in 2019, and he has supervised eight Ph.D. students in the last five years.

“For me, it’s my highest priority. Every step of the way I think of what else I could have done to get a student to succeed and how I can maximize their experience,” he said. “If I get a fish for you, you’ll only eat once. But if I teach you to fish, you can eat for the rest of your life. And advising is all about how to catch the biggest fish. It’s all about teaching what are the real interesting problems out there and how to solve some of those problems.”

Mishra said it’s the fundamentals of his work that continue to capture his interest.

“I don’t know whether I’m a scientist. I basically enjoy doing research and talking to my students and discussing with them,” he said. “If that’s what being a scientist is, then that’s what it is.”

Mishra is also the director of research programs at UF’s Warren B. Nelms Institute for the Connected World. He was awarded the IBM Faculty Award in 2015 for his project titled “Leveraging Pre-Silicon Efforts for Efficient Post-Silicon Validation and Debug” and has edited a series of textbooks on cybersecurity and hardware, most recently System on Chip Security in 2019. The book is available for purchase from Springer.

He has been recognized as a fellow of the Institute of Electrical and Electronics Engineers and named a Distinguished Scientist by the Association for Computing Machinery. 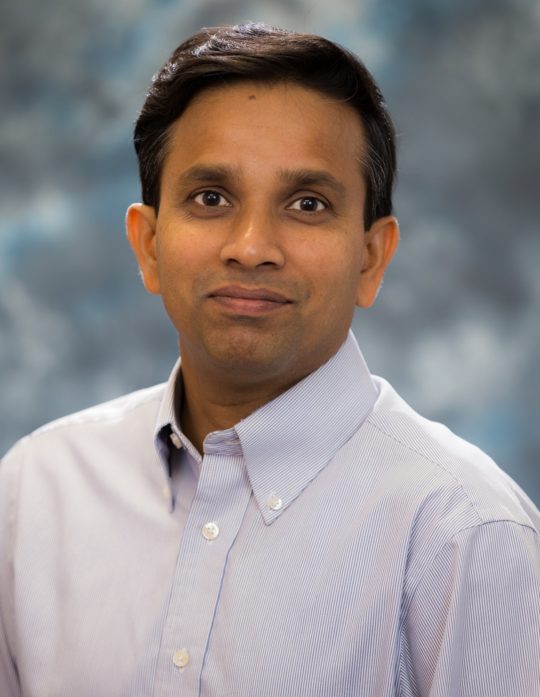