Rolf Renne, a molecular virologist and professor in the Department of Molecular Genetics and Microbiology, studies viruses associated with cancer. Renne is a basic scientist, meaning that his work centers on understanding the lifecycle and growth of a virus in a host, rather than on developing new treatments for diseases. His research has helped lay the groundwork for key breakthroughs in virology by zooming in on specific genes that influence how viruses infect cells and cause tumors, focusing on viruses linked to patients infected with HIV, in the hopes of developing more targeted cancer therapies.

“People think of viruses very often as things that destroy cells, so they replicate in cells and then kill them,” said Renne, who arrived at UF in 2004 and has since won more than $10 million in grants. “But a virus that’s associated with a tumor does the exact opposite – it infects cells and makes them grow in a way they should not be growing, which is why it’s a cancer. The large question we try to tackle is, ‘How do viral genes contribute to the formation of these cancers?’”

He said a gifted high school science teacher who funded a new biology lab for students sparked his early interest in genetics. Renne, who earned his Ph.D. at the Albert-Ludwig University in Germany in 1993 and later worked as a postdoctoral researcher at the University of California, San Francisco, added that beginning his education amid the HIV epidemic was “very clearly” his motivation for becoming a virologist. His early projects focused on developing a way to model HIV infections in monkeys.

“I am that generation who had friends getting infected with HIV, who suffered from the disease,” he said. “This was a huge motivation to apply what I had learned as an undergrad in molecular genetics in a field like virology.”

As scientists in the late ‘90s turned their attention from understanding HIV’s basic characteristics to developing new treatments, Renne shifted his focus to herpesviruses, a family of more than 130 viruses, eight of which can infect humans. He began studying the newly-discovered human herpes virus-8, or HHV-8, which causes Kaposi’s sarcoma, a common cancer in HIV patients. While working as a postdoctoral student, Renne was the first to grow HHV-8 in a tissue culture, a breakthrough that jump-started research on the virus’ lifecycle and biology.

Today, Renne’s work centers on understanding the role certain molecules, called non-coding micro RNAs, play in Kaposi’s sarcoma. Sometimes called “space junk” because they don’t code for proteins, non-coding RNAs are abundant in viral genomes and so small that three million of them could fit in the period at the end of this sentence.  Nevertheless, they play important roles in the growth and lifecycle of diseases, including Kaposi’s sarcoma, Renne said. He added that new advances in artificial intelligence have been key to helping researchers home in on the effects non-coding RNAs can have on viral diseases and tumor formation.

In 2017, Renne led a team of researchers that discovered some micro RNAs can lead to cancer in immune-deficient patients, including those infected with HIV. He is currently the principal investigator on a five-year $7.5 million grant from the National Cancer Institute to study how these non-coding RNAs can regulate gene expression and cause disease in humans.

To date, he has trained 16 graduate students. He said his mantra is to “always learn something new.”

“I think one characteristic of students that come from my lab is that they have learned a lot of different techniques,” he said. “I’m always excited about new stuff and I’m curious. I want to see how this works – that’s my motivation.”

Renne is the associate director for basic sciences at the UF Health Cancer Center and a member of the university’s Genetics Institute. He was first recognized as a UFRF professor in 2014. 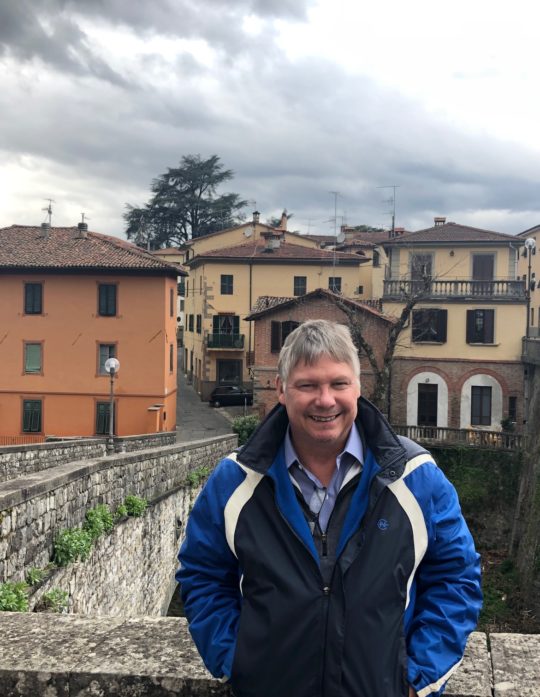