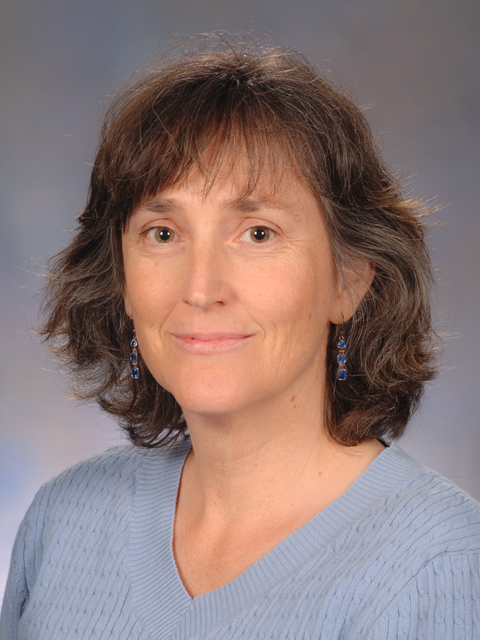 Elizabeth Screaton’s research examines the relationship between groundwater flow and the surrounding sediment and rock.

She works in two main areas: 1) exchange of surface water and groundwater in karst aquifer systems and 2) water flow in sediments being deformed in subduction zones. Screaton has built a strong research program in both these areas, using a combination of data collection, laboratory analyses, and numerical modeling.

In limestone aquifers, such as the Floridan aquifer system, the flowing water dissolves the limestone and creates cave systems. These cave systems supply Florida’s springs and host unique ecosystems. In recent work, she and her students have determined flow rates through cave systems, documented how water flows between the caves and the surrounding aquifer, and identified the recharge sources to several of Florida’s springs.

Screaton is currently examining how flooding on the Suwannee River causes springs to “reverse” and send river water into the aquifer. Through this work, she has helped to expand understanding of how the most visible features of karst aquifer, the caves, interact with flow through the surrounding pore spaces. This exchange of water affects the long-term evolution of the aquifer, as well as the movement of contaminants. Screaton is also collaborating with geophysicists to develop a technique to image Florida’s underground aquifers using “seismic noise” created by wave action at the coasts. This technique could provide a non-invasive means to identify permeable zones, which is needed to manage groundwater resources.

Her research strength in marine geology lies in closely integrating observations from scientific drilling with numerical modeling. This work has focused on subduction zones, where fluid pressures are thought to impact how faults slip in large, damaging earthquakes and whether or not these earthquakes produce tsunamis. As part of the Integrated Ocean Drilling Program, Screaton has led international teams examining sediments from beneath the ocean floor.