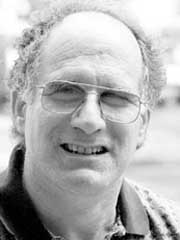 Kenneth Wald has spent much of his career studying mass political behavior, focusing on the role of religious factors in the policies of the United States, Israel and Great Britain.

This research, particularly his ground-breaking 1987 book Religion and Politics in the United States, has helped bring legitimacy to the study of religion in politics. The book, moving into its fourth edition, provided a ready source of testable hypothesis that has shaped the scholarly agenda of many young scholars. Based on Wald’s work, the National Election Studies, the major data source in political behavior, decided to expand its coverage of religion.

Recently, Wald’s research has broadened to focus on three emerging areas of emphasis in political science: gay rights, the politics of school-based health care centers, and cultural conflicts that have restructured the political party system in the United States.

Wald won a Teacher of the Year of Award from the College of Liberal Arts and Sciences in 1999. He also chaired the Department of Political Science from 1989-1994 and has been director of the Center for Jewish Studies since 1999. His leadership and dedication not only to students, but also to his fellow faculty members, has stimulated new growth in morale, program excellence and faculty development.