William Hogan is the director of the biomedical informatics division at the College of Medicine. He specializes in medical informatics, a field focused on making medical data accessible to clinicians and scientists to improve patient care.

But before Hogan was a data scientist, he was training to be a doctor. He attended medical school at Jefferson Medical College in Philadelphia before completing his residency in internal medicine at the University of Pittsburgh Medical Center, where he first learned about informatics and later won a fellowship to study it.

He began honing his interest in informatics during his residency, often swapping shifts with other residents to attend class and returning the favor by working through the night for them. He once drove to Washington D.C. and back – a nine-hour trip from Pittsburgh – to catch one day of an annual meeting for the field’s experts.

“I did crazy stuff. I was just very motivated to make sure this was the right thing for me that I wanted to do and pursue,” he said. “And once I was convinced, I was even more motivated to go the extra mile and make it happen.”

Today, Hogan has published nearly 100 peer-reviewed research papers and won grants totaling almost $100 million. He co-directs one of the largest medical databases in the nation, the OneFlorida Clinical Research Consortium, and is on a team of experts studying health in the southeastern U.S. by tracking the habits and circumstances of people across the region.

His work has also helped doctors treat COVID-19 patients. He is currently collaborating with the U.S. Centers for Disease Control and Prevention to collect and analyze data from Florida COVID-19 patients, helping identify the disease’s symptoms and effective treatments for them. He is also collaborating with IBM and the U.S. Food and Drug Administration to develop ways for scientists to monitor people who have received COVID-19 vaccines.

In his role as director of biomedical informatics at the UF Clinical and Translational Sciences Institute, Hogan is also a co-investigator on a five-year, $30 million grant from the National Institutes of Health to improve research infrastructure at UF and Florida State University. He added that UF’s partnership with NVIDIA will enable new discoveries at the intersection of artificial intelligence and medical informatics.

“We bring the questions and they bring the big, computational infrastructure,” he said.

But, although Hogan is a computer enthusiast, he said that he maintains a sense of humility – no matter the new technology.

“I just try to stay grounded and not get carried away by enthusiasm for the technology and understand what the limits really are,” he said. “It’s computer geek-dom, but it’s in service of better patient care and improved health care research.”

Hogan was elected to the American College of Medical Informatics in 2016.

Learn more about education opportunities at the Division of Biomedical Informatics. 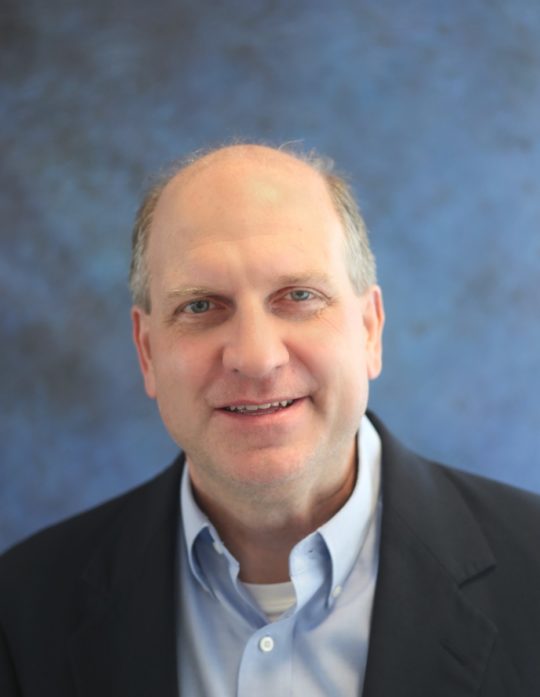