Professor of marine and disease ecology

School of Forest Resources and Conservation

Donald Behringer, professor in the School of Forest Resources and Conservation’s Fisheries and Aquatic Sciences Program, is a marine ecologist specializing in how diseases impact aquatic communities. By understanding the distribution and spread of marine and freshwater diseases, including the role human activity can play in their emergence, Behringer hopes to shed light on how their spread and severity can be mitigated.

“Pathogens and parasites have long been underappreciated for how important they are as members of communities,” said Behringer, who earned his bachelor’s degree in zoology from UF and his Ph.D. in ecological sciences from Old Dominion University in Virginia. “Considering them as a member of communities has opened a lot of doors.”

Understanding marine diseases is especially important in Florida, where spiny lobsters are plagued by a lethal virus and stony coral disease has decimated the only living barrier reef in the continental U.S., Behringer said. In 2000, he discovered a novel virus infecting Caribbean spiny lobsters, Panulirus argus, or PaV1 for short. Originally found in the Florida Keys, PaV1 is the only naturally occurring virus known to infect lobsters. Its discovery has provided clues to how aquatic diseases can impact fisheries and, in turn, the role humans can play in spreading marine diseases.

In 2006, the same year he arrived at UF, Behringer led a team of researchers that found healthy lobsters can detect PaV1 in other lobsters and shun them to prevent the virus from spreading. The study, published in Nature, was the first to indicate social marine animals can avoid infected individuals.

Behringer is currently a co-principal investigator on a grant from the Wisconsin Department of Natural Resources, led by UF ecologist Lindsey Reisinger, to determine how naturally–occurring diseases can in some Wisconsin lakes could influence populations of invasive crayfish. The project has sparked broader questions about whether pathogens can be used to control invasive species, including the lionfish in Florida.

“It’s exciting to see our hypothesis for that project unfolding in front of our eyes, but it has also given us the evidence we need to look for these patterns more broadly across systems,” he said. “The parasite could tip the ecological balance back in favor of the native crayfish.”

Many of Behringer’s early interests in the natural world have translated into large-scale research projects, including a childhood passion for crabbing that culminated in a nearly $1 million grant from the National Science Foundation to study how diseases spread among blue crab populations along the western Atlantic coast, from Maine to Uruguay.

“When what you did as a little kid actually ends up being what you do professionally, it’s pretty amazing,” he said.

Behringer also studies how marine communities that have been harmed by climate change and human activity can be restored. His collaborators include ecologists, biologists, geneticists and oceanographers.

“I think collaboration is really at the core of research and my enjoyment of it. Collaborating with other people, interacting with other people and coming up with ideas and brainstorming ideas for proposals, hypotheses and ways to approach a study is what makes it so much fun,” he said. “If you bring all those folks together, it makes for a much richer outcome in the end.”

Behringer, also joint faculty at UF’s Emerging Pathogens Institute, recently led the development of the first textbook to provide a comprehensive overview of marine disease ecology. The book is available for purchase from the Oxford University Press.

Learn more about the Behringer Lab at UF. 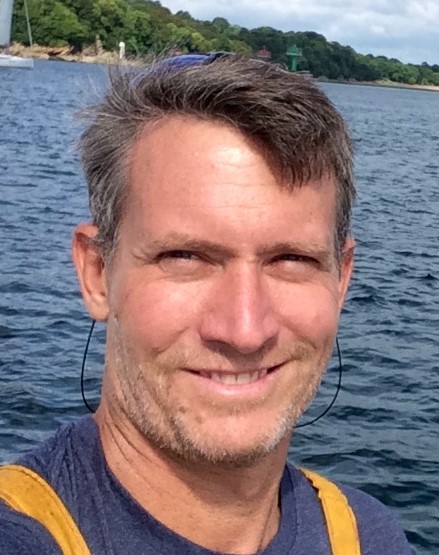