Lea Johnston, professor at UF’s Fredric G. Levin College of Law, specializes in the relationship between mental illness and crime. Johnston’s work challenges the idea that mental illness causes crime, and instead points to networks of associated risk factors, such as unemployment and substance abuse, that have been scientifically linked to criminal behavior.

“People assume that mental illness itself makes someone more likely to commit a crime, but that’s not true,” said Johnston, who earned her bachelor’s degree from Princeton University and her doctorate in law from Harvard University. “The reason why that matters is because if you just treat the mental illness, it doesn’t affect the underlying risk factors. But if you treat the underlying factors, that’s when you see a reduction in criminal offending.”

She said that the U.S. criminal justice system often relies on popular stigmas around mental illness and “folk science” to reinforce the idea that mental illness drives criminal behavior. But she sees renewed opportunity to improve justice practices as awareness spreads of the high financial costs of imprisonment and the abuse vulnerable prisoners can face from other incarcerated persons and correctional officers.

“Mental illness is so common, but there’s still such a deep stigma around it that people don’t often want to talk about it and are reticent to seek help,” said Johnston. “I want to spend my energies on issues involving criminal justice and mental illness because I feel that this is a stigmatized, ignored population who, historically, has had their rights trampled on.”

Delusions and insanity are among Johnston’s current research focuses following a March 2020 U.S. Supreme Court ruling deciding that states are not required to offer an insanity defense to defendants – a decision Johnston said has huge implications for the field.

“Many of us, and certainly many states, assumed that was a requirement of fundamental fairness, and that to be blameworthy as a criminal, a person should have the inherent capacity to understand what she was doing was wrong,” Johnston said. “That decision is foundational when we’re talking about mental illness and the justice system.”

Johnston, who is also an assistant director of UF’s Criminal Justice Center, said connecting students to advocacy missions is central to her work. She arrived at UF in 2009, drawn to the wide range of collaborative opportunities the university offered with specialists, including forensic psychiatrists and criminologists.

“The students I have the privilege of teaching are so excited and have incredibly smart and creative ideas for how we should reform our justice system,” she said. “I love research – but I really love teaching. Doing both is my dream job.” 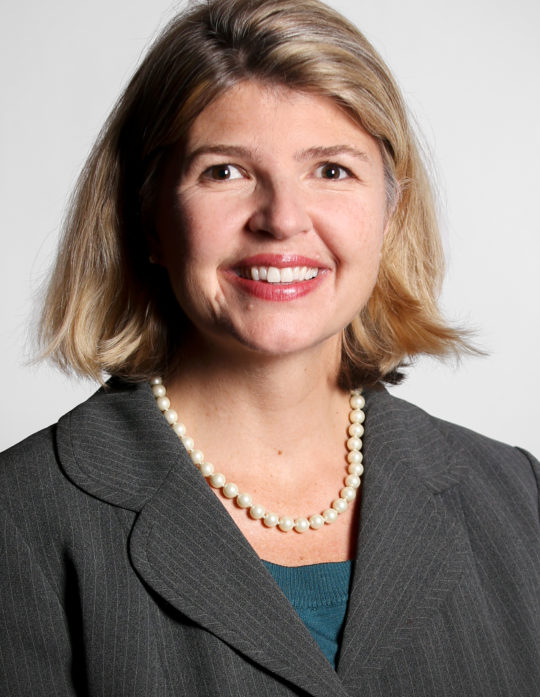