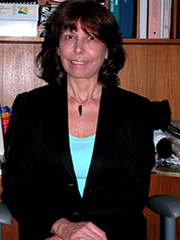 Eyler and her colleagues have found that children exposed to cocaine before birth show subtle but discernible differences in their ability to plan and solve problems once they reach school age.

Still, most fare far better in the first few years after birth than many experts once predicted, contradicting the notion that cocaine-exposed infants would be born with devastating birth defects or miss major developmental milestones.

Eyler and her collaborators have found that prenatal cocaine exposure is linked to smaller head circumference at birth and to less optimal home environments, which in turn have direct, yet mild, effects on developmental outcome at 3 years of age. Those effects persist at ages 5 and 7, when more demands are placed on the children during the formal school years.

Each year, about 45,000 infants who were exposed to cocaine in the womb are born, according to the National Institute on Drug Abuse. When the dangers of prenatal cocaine exposure first grabbed headlines in the mid-1980s, no studies had followed children beyond infancy. UF researchers began studying crack and cocaine users and their offspring about 15 years ago, launching a prospective study funded by the National Institute on Drug Abuse that assesses health and developmental outcomes among 300 children. Half the study participants were exposed to cocaine in utero, half were not, all were from rural areas of Florida.

“Some kids just have trouble getting going, getting started and once they get going they do a little better,” says Eyler. “Others have trouble maintaining their attention and they respond to other cues and not what they’re supposed to be targeting on and doing, or they only have simple strategies, not more complex ones.”

Children participating in the study are now entering their teens. As their academic responsibilities and social pressures increase, other, more serious effects may surface, Eyler says. Meanwhile, researchers are refining the tests they use to more precisely assess the children’s progress, homing in on the areas of the brain more involved with planning and thinking strategically – the regions that cocaine, in theory, would most likely affect.

In the current phase of the study, all are undergoing intelligence and achievement tests, including assessments of attention, problem-solving and abstract thinking, Eyler says. Researchers are also asking the youngsters about their attitudes, behavior, family relationships and friendships. In addition, they assess the children’s home environment and interview their caregivers and schoolteachers.