“You manifest culture though language. Once you lose a language, a huge chunk of the culture also disappears,” Essegbey said. “And so what we are trying to do is document. The aim is to capture the knowledge and culture that is there before it disappears. Just as the disappearance of biodiversity affects our future existence, I believe that could also happen with language and culture because we lose important knowledge.”

Essegbey said local languages can be threatened by those a country prioritizes in its educational systems, which are often driven by colonialism or economic relationships. His research focuses on meticulously documenting endangered languages, either to create new records for community leaders to share with future generations or to help develop lessons plans for schools to revitalize the language.

In some cases, linguists are sought by community leaders to help preserve a culture as generations dwindle. Essegbey said documenting languages as they are used is key to capturing the knowledge they contain, especially when speakers are extremely rare.

“The hope is that people can study them and use them, and maybe someday there will be ways of getting the community to work on these languages,” Essegbey said. “If you want a community to learn the language and you go insisting on a different form – which is not the way they speak – you are doing some violence to their language already by changing it.”

For the last decade, Essegbey has been a co-principal investigator on grants totaling nearly $2 million from the U.S. Department of Defense’s National Security Education Program to help host an eight-week intensive program for students studying African languages. Although he arrived at UF in 2004 as a visiting professor specializing in Akan, one of Ghana’s dominant languages, his courses are now designed to include themes spanning several other disciplines, including English, linguistics, anthropology and African American studies.

Essegbey, who earned his Ph.D. from Leiden University in the Netherlands and his bachelor’s in linguistics and French from the University of Ghana, said he was immersed in languages growing up.

“The thing about Africa – and it’s not just Ghana – is that when we say we are endowed with resources, language is part of that.” Essegbey said. “For me, I want my study of language to let languages speak. When I approach all these languages, I let them speak to me – without any preconceived notions.”

Essegbey is also an affiliate faculty member at UF’s Center for African Studies. He recently published the first comprehensive description of Tutrugbu, a language spoken by the Nyangbopeople in Ghana.

Learn more about Languages, Literatures and Cultures program at UF. 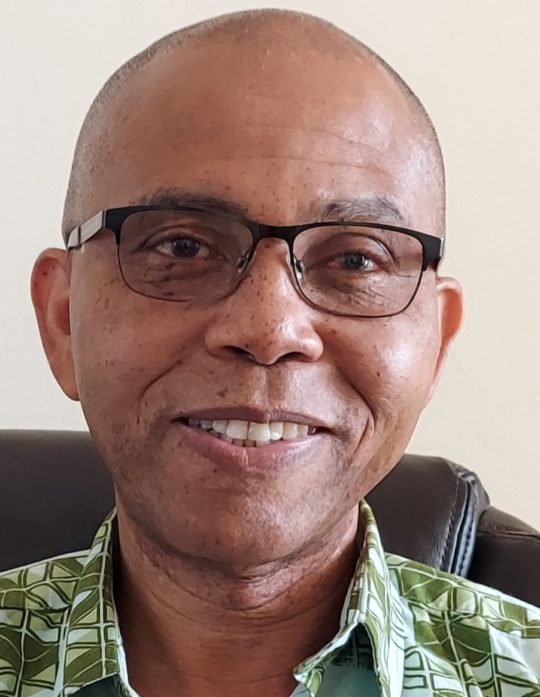