James Hamlin, an associate professor of physics, said he knew he was hooked on physics when he took his first laboratory course as an undergraduate at Washington University in St. Louis.

“That was when I said, ‘I don’t want to ever spend a semester not in the lab.’” said Hamlin, who arrived at UF in 2012 and specializes in synthesizing and characterizing materials under high-pressure conditions.

Hamlin studies superconductivity, a property that enables some materials to transport electricity 100% efficiently. By combining elements in novel ratios and testing them under extreme temperatures and pressures, he hopes to hone in on a new, widely usable superconductor – a discovery he said could spark a “technological revolution,” where technologies such as levitating trains and hyper-efficient wind turbines are realities.

The caveat? Such a superconductor would require a balance of precise qualities that has proven impossible to achieve outside of a lab.

“If you want to discover something new, the best place to look is somewhere not many people have looked before,” Hamlin said. “By going to extremes, you can find new types of matter that might not even exist under normal conditions.”

By squeezing samples between two tiny diamonds, Hamlin’s lab can subject materials to pressures over 1,000 times greater than those at the ocean’s deepest point. The university’s branch of the National High Magnetic Field Laboratory also enables testing at ultra-low temperatures and high magnetic fields simultaneously.

In 2019, Hamlin was on a team of researchers awarded $1.4 million by the U.S. Department of Energy to study how artificial intelligence can help identify superconductors by using massive online datasets to predict promising elemental ratios. In 2020, he was also among the recipients of an $8.7 million DOE grant to study novel ways of processing and testing materials under extreme temperatures and magnetic fields. Hamlin, who has supervised four Ph.D. students and more than 20 undergraduate students in his lab, said mentoring is key to his work – partly because there are vastly more materials than can be studied in a single lifetime.

“One of the things my mentors really expressed to me is the joy you can take in discovery. Superconductivity is kind of my first love in physics and I’ve really stuck with it,” Hamlin said. “It’s exciting, but it has a boom and bust cycle. Everybody gets really excited about it, but then nothing happens for a while and people say, ‘Oh, there’s nothing new. Superconductivity is boring.’ And then, ‘Boom!’ it gets exciting again. You never know – tomorrow could be the big discovery.” 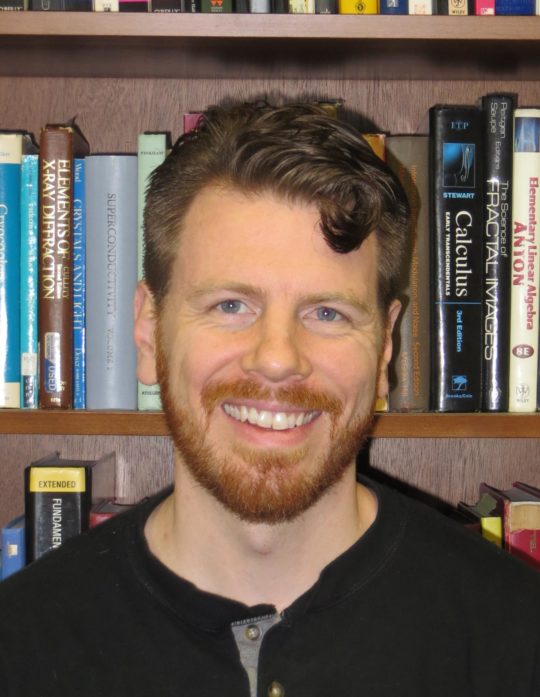