Professor of Aging and Geriatric Research 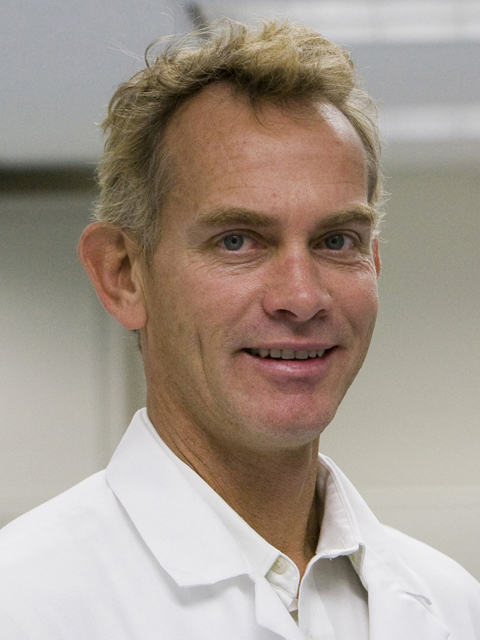 Aging is thought to result from increased formations of reactive oxygen species and free radicals, mainly produced by the mitochondria, which can result in oxidative stress. Mitochondria are organelles within cells that, when damaged, can have devastating effects on the body. When the mitochondria fail and become dysfunctional, they produce increasing amounts of reactive oxygen species (some are free radicals) and cells and tissue can be damaged and die. Reactive oxygen species are highly reactive molecules that cause damage to plasma membranes, enzymes, and DNA. Free radicals, unstable and potentially damaging molecules generated by the body’s normal chemical reactions, may contribute to mitochondrial dysfunction and cell death, thereby accelerating diseases such as cardiovascular disease, diabetes, cancer, and Parkinson’s disease.

Free radicals are unstable molecules because they possess one or more unpaired highly reactive electrons. These molecules can steal electrons from other molecules, thereby altering the structure. The molecule that loses an electron becomes oxidized. Oxidation is thought to damage tissues, including neurons, myocytes, and muscle cells. Normally, free radical damage is kept under control by antioxidants, compounds that protect cells from this damage.

Leeuwenburgh’s research focuses on finding interventions that prevent the mitochondria from becoming dysfunctional. His focus is on genetic, pharmacological, and natural (specific diet and exercise) interventions. For example, restricting the amount of calories older animals consume (or periodic fasting) has shown that these animals live 30 to 40% longer than animals not on a restricted diet and they produce less free radicals.

Leeuwenburgh says, for humans, studies have shown that people who participate in life-long exercise will, on average, live five years longer than those who do not exercise. Plus, there is substantially less disease among those who exercise regularly.

Leeuwenburgh is the Director of UF’s Biochemistry of Aging Laboratory. He has served as a Division Chief of the Biology of Aging and as the Core leader of the Genomics and Biomarkers Core of the Institute on Aging for the past five years. He has provided pivotal contribution to the successful award of the highly prestigious Claude Pepper Older Americans Independence Center (OAIC) by the National Institutes of Health (NIH). Only 12 of such Pepper OAICs are awarded nationwide.

Leeuwenburgh has received numerous research awards and grants, and his research has been published in more than 150 publications and presented at almost 50 conferences.