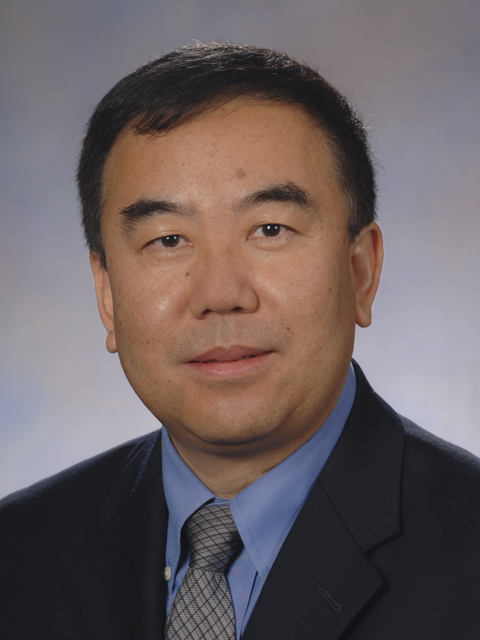 Chen Liu works in the areas of liver cancer and hepatitis C (HCV). His research has resulted in the development of potential diagnostics, as well as therapeutic approaches to these two very important and linked diseases.

Liu has co-invented a novel technology to target disease-related intracellular RNAs. The therapeutic potential of this technology has been demonstrated in treatment of HCV infection. Based on this technology, a startup biotech company (Nanozyme, Inc.) has been established by UF. The objective of his research and this startup venture are to bring novel nanoparticle-based RNA interference to a clinical application for the treatment of HCV, as well as liver cancer. These two diseases are of great significance, affecting several million people across the globe.

Liu has developed two potential vaccines for liver cancer, and is developing other tools to aid in the treatment of this disease. He discovered a number of liver cancer-specific DNA aptamers that recognize targets on cancer cells. Using these findings, he co-invented a novel approach to conjugate DNA with therapeutic drugs. These aptamer/drug complexes have shown to be effective treatment of liver cancer in laboratory testing. This approach may represent a new method for targeted chemotherapy, not just in liver cancer, but also in other oncologic diseases.

Liu has discovered epigenetic patterns that are associated with HCV infection, alcoholic liver disease, and liver cancer. This research sets up a platform for large-scale clinical validation studies and drug discovery. He has also discovered novel mechanisms for cancer metastasis. His studies demonstrated the role of epithelial to mesenchymal transition in cancer metastasis and the phenotypes of circulating tumor cells. Liu established the first circulating cancer cell line in a liver cancer model.

The ultimate goal of Liu’s work is to develop effective personalized therapy for liver cancer. As a result of his work, there is a greater understanding of multiple aspects of liver cancer and liver cell biology, including epigenetic regulation of cancer progression and response to drug therapy.