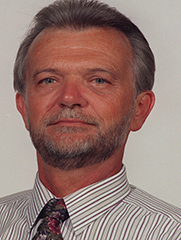 George O’Connor is raising a cautionary note about restricting the use of biosolids on fields, forests and other areas.

Derived from sewage sludge, biosolids can be used to fertilize plants and enrich soil, says O’Connor.

The state recycles about 80 percent of its sludge this way, but critics say biosolids release too much phosphorus, a nutrient considered the state’s top water-quality concern.

O’Connor recently completed a four-year study showing that there is actually wide variation in the amount of soluble phosphorus biosolids contain, depending on the processing methods involved. Also, some biosolids release more of their phosphorus than others.

“We’ve identified a method that can be used in the laboratory to predict how much phosphorus biosolids will release,” O’Connor says. “This is a big step toward understanding the true environmental impact of biosolids and using them more efficiently.”

“The biggest challenge for Florida and the nation is to develop consistent, scientifically sound regulatory strategies for dealing with biosolids,” O’Connor says. “We need to take advantage of the benefits biosolids offer, but use them in ways that help us manage the overall amount of phosphorus in the environment.”

O’Connor’s current research, funded by the Florida Water Environment Association, is investigating biosolids produced and used in Florida to determine their environmental impact.

“Right now, Florida is using multiple types of biosolids for land application,” he says. “Building on our previous research, we want to identify any products that could constitute a problem and determine how we could better manage them.”