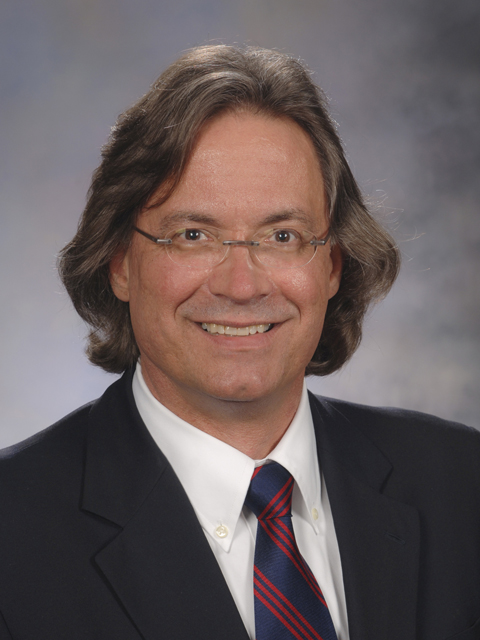 Mark Orazem is recognized as a world expert in impedance spectroscopy, a powerful analytic tool employed in all aspects of electrochemistry, including energy devices, corrosion, and sensors.

Orazem’s modeling of multicomponent diffusion impedance, published in 2014, shows that coupling of faradaic and charging processes causes frequency dispersion for all systems influence by mass transfer, providing, for the first time, a quantitative assessment of a phenomenon proposed in the mid-1960s. With his French collaborators, he developed a novel method to extract physically meaningful information from impedance data affected by frequency dispersion, a problem that had been unresolved since it was identified in the 1940s. This power-law model, first published in 2010, has proven useful for oxides on metals, human skin, and water uptake in coatings.

Orazem’s current program includes both applied and fundamental research. Under support from Mosaic, a major Florida company, Orazem is leading a team in developing fully continuous prototypes that employ electrokinetic principles to accelerate dewatering of dilute waste streams resulting from phosphate mining operations. The technology developed in this project is expected to be implemented in operations for new phosphate ore deposits and will greatly reduce the environmental impact of mining operations.

For the Florida Department of Transportation, Orazem is developing an impedance-based sensor to detect corrosion of post-tensioned steel tendons in segmental bridges. This work was motivated by discovery of premature corrosion on many of the 76 major post-tensioned bridges in Florida. When completed, this work will provide a method for nondestructive identification of tendon corrosion before damage occurs. As the problems addressed exist world-wide, these projects are expected to have broad societal impact.

Orazem is also directing fundamental studies on impedance spectroscopy to quantify the response of lithium batteries to overcharge, over-discharge, and temperature extremes; to quantify corrosion of nanoscale copper structures intended to enhance interfacial heat transfer for liquid cooling of high-performance electronics; and to further understanding of the influence of coupled faradaic and charging currents on impedance response.