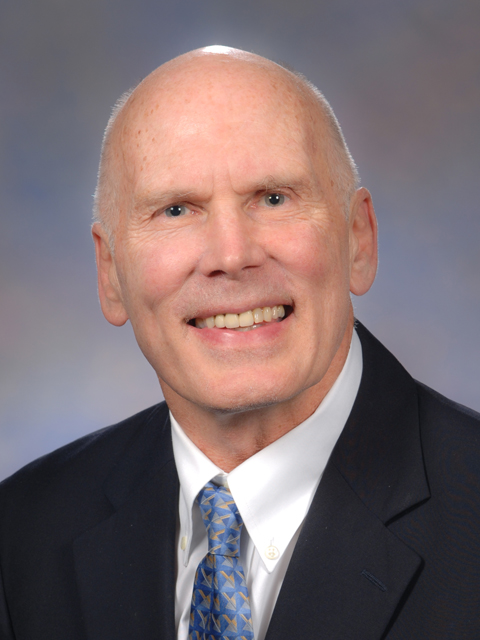 Frederick Southwick studies a novel mechanism of Listeria and Shigella pathogenesis, dissection of the mechanism by which anthrax toxins paralyze the innate immune system, and new methods for improving the quality and safety of patient care.

Listeria and Shigella invade cells, and take over the host cell’s actin regulatory system to migrate to the periphery of the host cells and form membrane protrusions with bacteria at their tips. The protrusions allow these bacterial species to infect adjacent cells without ever coming in contact with extracellular antibodies, complement, or antibiotics, thus escaping therapy. These structures are named “transpodia,” because they are responsible for transporting intracellular bacteria from cell to cell. Southwick’s experiments in this area have broad implications for bacterial pathogenesis, as well as cell motility.

Southwick has also been exploring how the anthrax toxins lethal factor, edema factor, and protective antigen paralyze the innate immune system. He has discovered that lethal toxin blocks neutrophil migration by impairing actin-assembly, as well as identified the specific protein target. He has also shown that edema toxin can paralyze actin-based motility of neutrophils. Most recently, his group has applied microarray analysis to define how lethal toxin blocks the immune responses of human monocytes. His work provides a new understanding of how anthrax causes lethal disease, with the goal of identifying new approaches to rapid diagnosis and treatment.

Southwick has also engaged in quality and safety research in patient care. He was a Harvard Scholar in this area, and has written a book on improving health care delivery. His research efforts in this area have altered in-patient medical rounding practice, both regionally and nationally.

For all of his research efforts, Southwick has won multiple awards, including election to the Association of American Physicians, founded by Osler, the highest honor an academic physician can achieve in the US, outside of the Institute of Medicine.