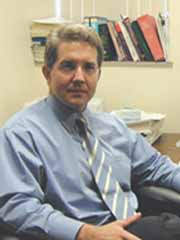 For example, Weiler was a co-investigator on the first study that confirmed the feasibility of collecting health risk behavior data using an Internet-delivered survey. He has also explored Florida’s school violence programs and the role of school health instruction in the prevention of violence.

Weiler is also developing a Web-delivered health course that is expected to serve school personnel in Florida and other states.

Weiler, who was the Department of Health Science Education’s researcher of the year in 2000 and 2001, has authored or co-authored more than 30 refereed articles since coming to UF in 1993 and garnered more than $850,000 in funding.